Revealing Folklore, Myth, Magic and Legend under the Canopy of UK Trees! 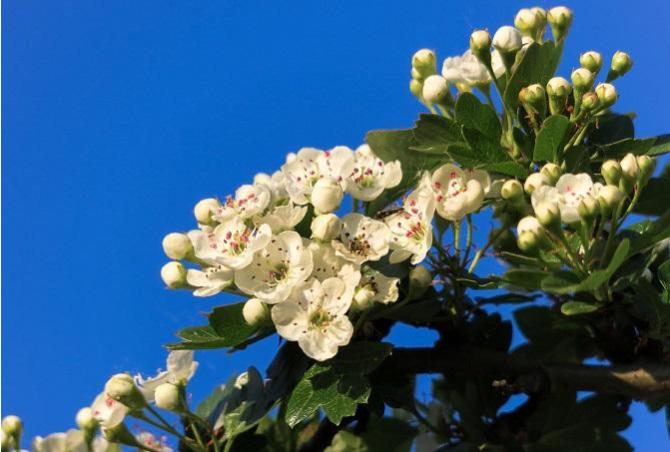 Trees are not only beautiful to look at and to experience; a huge benefit to wildlife and biodiversity; efficient at stabilising the soil, absorbing excess rainwater and providing both shade and screening, but many of our most common and native trees are the subjects of myth, legend, folklore and even magic!

English Woodlands takes a look at some of the intriguing stories that are associated with common trees. 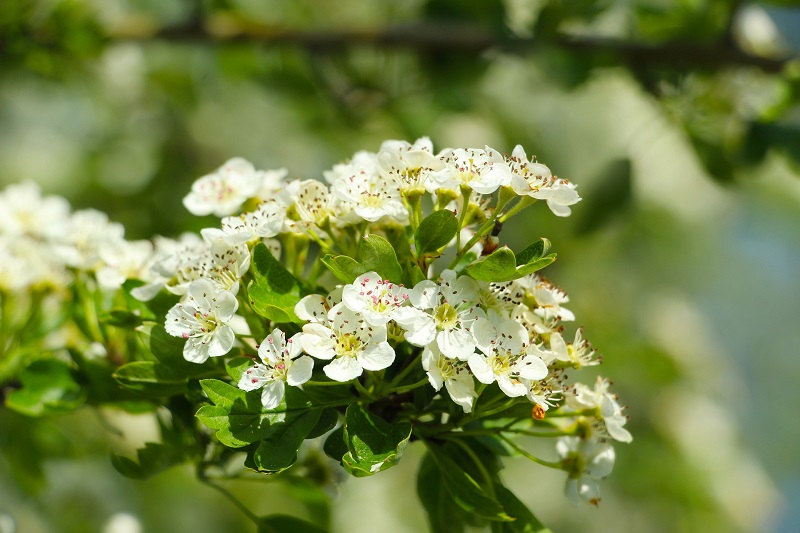 One of the greatest symbols of protection is the humble hawthorn tree, which has probably more myths associated with it than any other tree. It has long been connected to protection, but also sacrifice. Indeed, it is both respected and feared because it is said to harbour fairies who would place a curse on anyone who harmed the tree. For this reason, it is known as the 'fairy tree' and the bringing indoors of blossom is said to bring about bad luck. Indeed, almost one quarter of 'unlucky plants' named in surveys as being connected to bad luck, cite Hawthorn. This tree is known as the May tree, named after the month during which the flowers appear. It is said to have been the tree from which 'maypoles' were made. 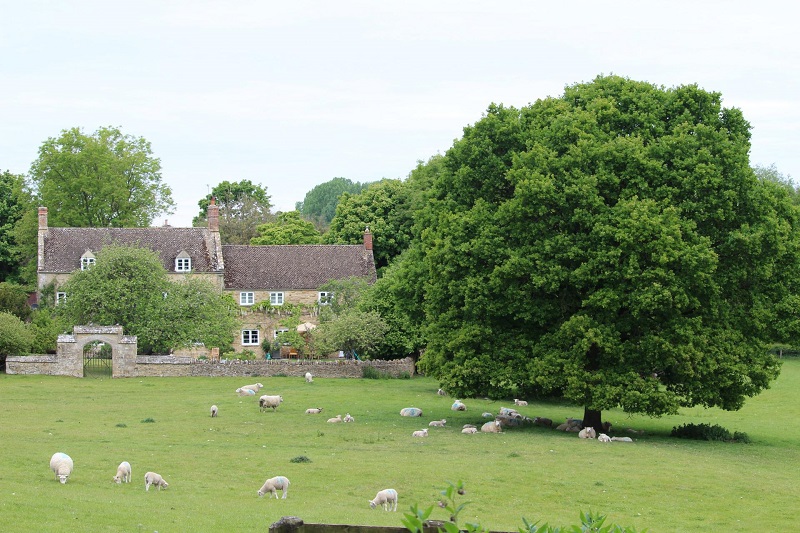 Mid summer solstice brings the longest day. It's a time of year when English oaks take centre stage because their Celtic name is 'duir' , meaning a 'doorway'. It refers to moving forward into the waning part of the year as the days slowly become shorter. It's a celebration to step through this doorway so that time and seasons move forward, bringing with them the healing nature of time. There's no better tree to represent endurance and strength. The sacred wood of oak trees was burnt by Celtic druids during their summer solstice celebrations. Indeed, the word 'druid' means a man of the oaks. 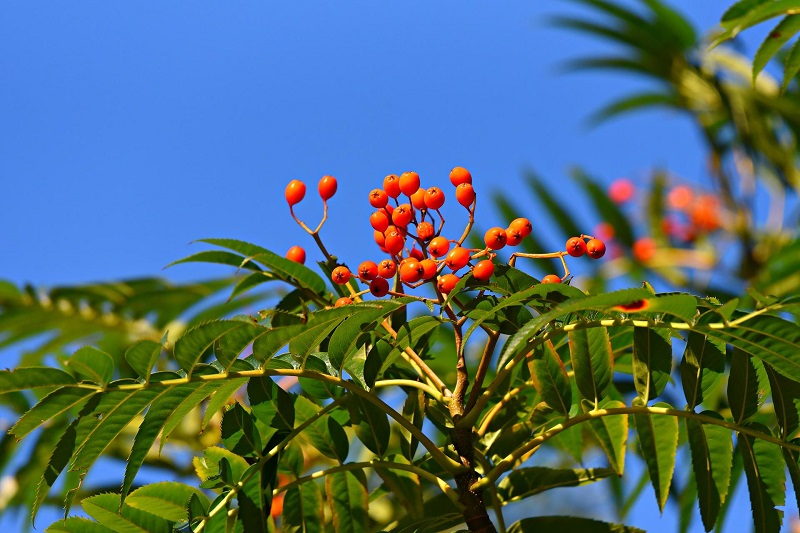 Rowan trees are strongly associated with magic. A common name is witchwood and an old Celtic name for the tree is fid na ndruad meaning 'wizard's tree'. This tree has historically been planted near to settlements and individual houses in order to protect against bad spirits. The wood itself was thought to be protective and it was frequently used as a pocket charm to bring good luck. A stick of rowan would be used to stir milk in order to prevent curdling, and it was also crafted into water divining rods.

Silver birch and other birch trees

Often called the Goddess Tree and the Lady of the Woods, silver birch and many other birch or Betula trees are said to be associated with light, love, fertility and new beginnings. The trees are said to have the power of protection against evil. People used bundles of birch twigs to sweep away the spirits of the past year. A garden besom broom is still often used today - and this forms the instantly recognisable symbol of a witch's broomstick! During medieval Britain, magistrates would carry a bundle of birch twigs as these represented authority - being used as punishment in a practice called 'birching'. The twigs would be bound together to form an implement used for beating. 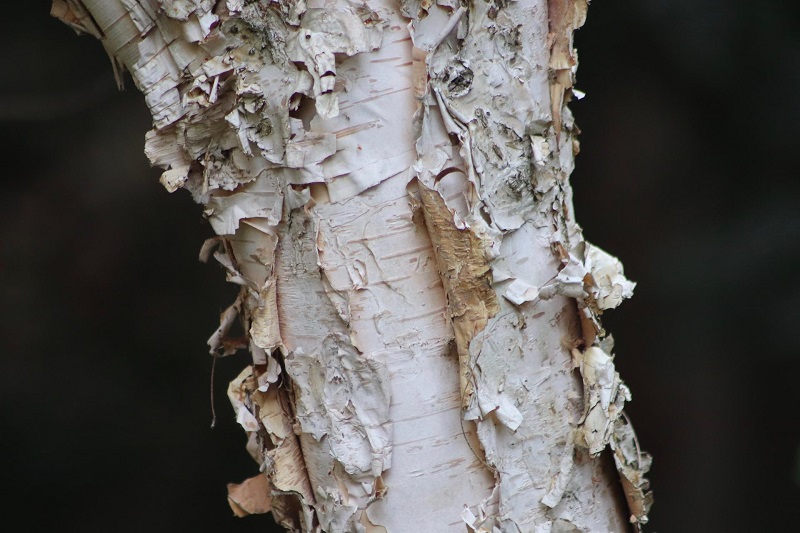 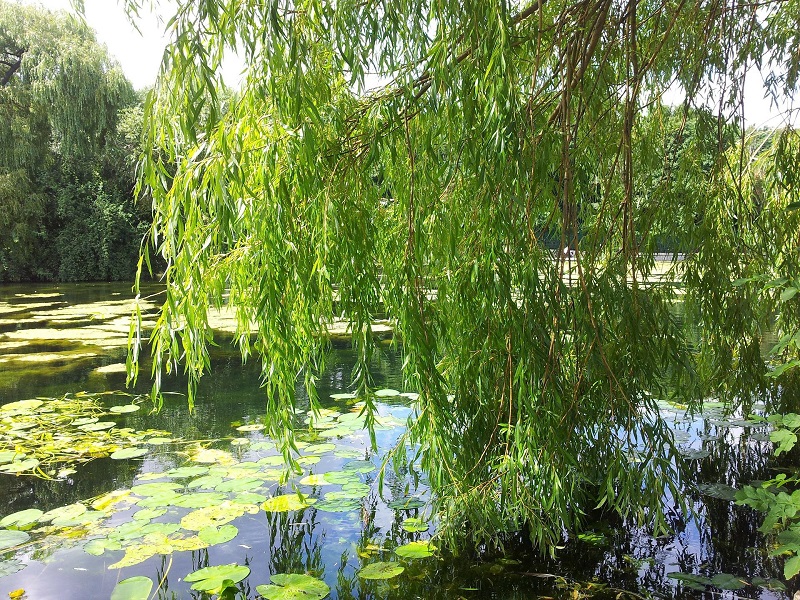 There are many different legends associated with willow trees. Not surprisingly, this tree has become synonymous with crying and sadness - largely due to its love of water and the characteristic weeping willows along a riverbank. However, willow branches are said to ward off evil spirits and they were often gathered up and fastened over doorways to keep the occupants safe. If  you knock your knuckles onto a willow tree, this is said to banish bad luck. This is where the custom of 'touching wood' comes from. Willow wood is often used to make water divining rods and, of course, it is used for the making of wands, as Harry Potter fans would know! Willow bark contains a substance called salicin which is a natural type of aspirin, used for pain relief. 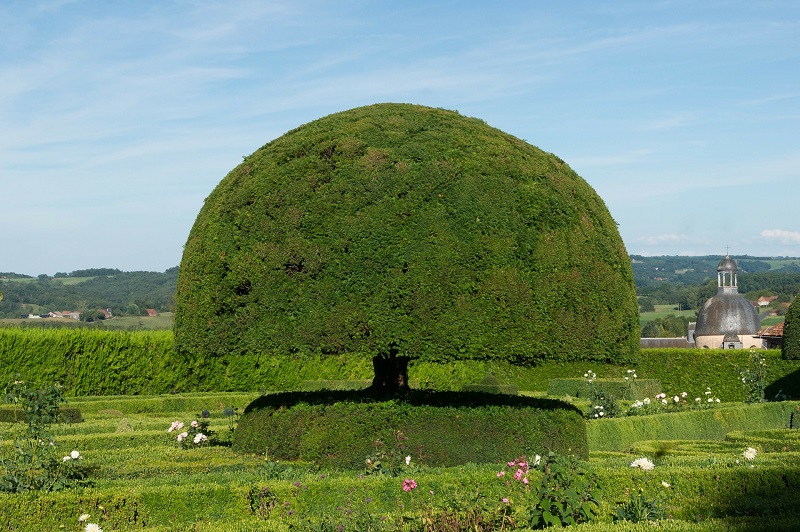 The ancient yew has long-been associated with Churchyards. This tree is known for its longevity and they are often older than the Church itself. Yews are, in fact, one of the most oldest forms of life on Earth. An ancient spearhead made of yew was discovered some years ago and this is believed to be some 150,000 years old. The wood of yew was considered to be the best for creating longbows, because of its strength. Roman records reveal their research stating that Celtic tribes would kill theselves using yew poison so that they wouldn't be defeated. Just about every part of yew is poisonous, even the dust from wood. It is certainly true that very little tends to grow around the base of yew. This could be because the canopy is dense and dark, or the yew iteself could repel growth of other species.

There's no doubt that trees are fascinating! Did you know that the world's tallest tree is thought to be Hyperion, according the Guinness World Records? This is Sequoia sempervirens, the coastal redwood, growing in California. It measures some 115 metres! The oldest tree in the world is thought to be Methuselah, a Pinus longaeva, bristlecone pine, growing in the White Mountains in East California.